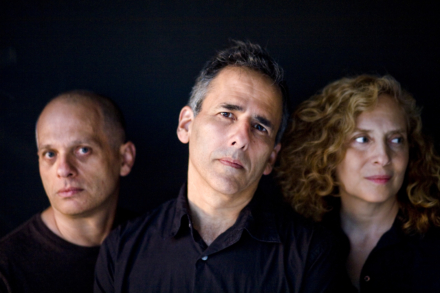 “Perhaps the most radical notion that has taken root thanks to Bang on a Can is that of success through generosity, with composers attending each other’s concerts, playing each other’s music and founding record labels that foster new voices.” – NY Times

“And if there’s one thing to celebrate about Bang on a Can (other than the fabulous music), it is the warm sense of community: the vibe was something like a family reunion, with the house filled by students, founders, Bang on a Can Summer Festival alumni, composers and performers, and of course enthusiasts and supporters.” – I Care If You Listen

“There’s a solidity to Bang on a Can.”
By Seth Colter Walls
New York Times

A group of artists are reimagining the 1959 album “The Shape of Jazz to Come” for Bang on a Can’s Long Play festival.
By Seth Colter Walls
New York Times

“Venturing back to live performances and finding a classical music institution in rude health can be like putting on a pair of old jeans and discovering, with relief, an easy…
By William Robin
New York Times

“‘When things are tough all around us, we dream,’ the composers Michael Gordon, David Lang and Julia Wolfe wrote in a letter to potential donors in 1996.”
By Joshua Kosman
SF Chronicle Datebook

Bang on a Can succeeded in chipping away at the abiding problem of 20th century music — the lingering alienation and mistrust between composers and audiences.
By Mark Swed
Los Angeles Times

“And what assures Lang’s hypnotic opera of being an inescapable winner is a mesmerizingly virtuosic performance by Rod Gilfry destined for the annals of opera.”
By Anthony Tommasini
New York Times

NYTimes reviews Julia Wolfe’s Fire in my Mouth world premiere with the NY Philharmonic.
By Tristan Mckay
I Care If You Listen

Review of the 2018 Peoples Commissioning Fund concert at Merkin Hall, by Tristan McKay. “And if there’s one thing to celebrate about Bang on a Can (other than the fabulous…
By Allan Kozinn
San Francisco Classical Voice

Bang on a Can at 30 – an article in 2-parts by Allan Kozinn! Part 1 – Creating the Space “In May 1987, David Lang, Julia Wolfe, and Michael Gordon…
By By Anthony Tommasini
New York Times

Review from Anthony Tommasini of the NY Times. Cloud River Mountain was “written for the virtuosic Ms. Gong and the Bang on a Can All-Stars ensemble, who performed this compellingly…
By Corinna da Fonseca-Wollheim
New York Times

Feature by Corinna da Fonseca-Wollheim “Perhaps the most radical notion that has taken root thanks to Bang on a Can is that of success through generosity, with composers attending each…
By Mark Swed
Los Angeles Times

The NY Times review of the Bang on a Can Marathon 2015 at the Brookfield Place Winter Garden. Special Support provided by the Howard Gilman Foundation, ASCAP and Arts Brookfield.
By Hugh McIntyre
Forbes

A Julia Wolfe feature in Forbes Magazine for her 2015 award of the Pulitzer Prize, for Anthracite Fields.
By Caryn Havlik
WNYC

The Boston Globe features the 2014 Bang on a Can Summer Festival at MASS MoCA.
By Zachary Woolfe
New York Times

The New York Times reviews the NY Premiere of Julia Wolfe’s Anthracite Fields featuring the Bang on a Can All-Stars and The Choir of Trinity Wall Street.
By Russell Platt
New Yorker