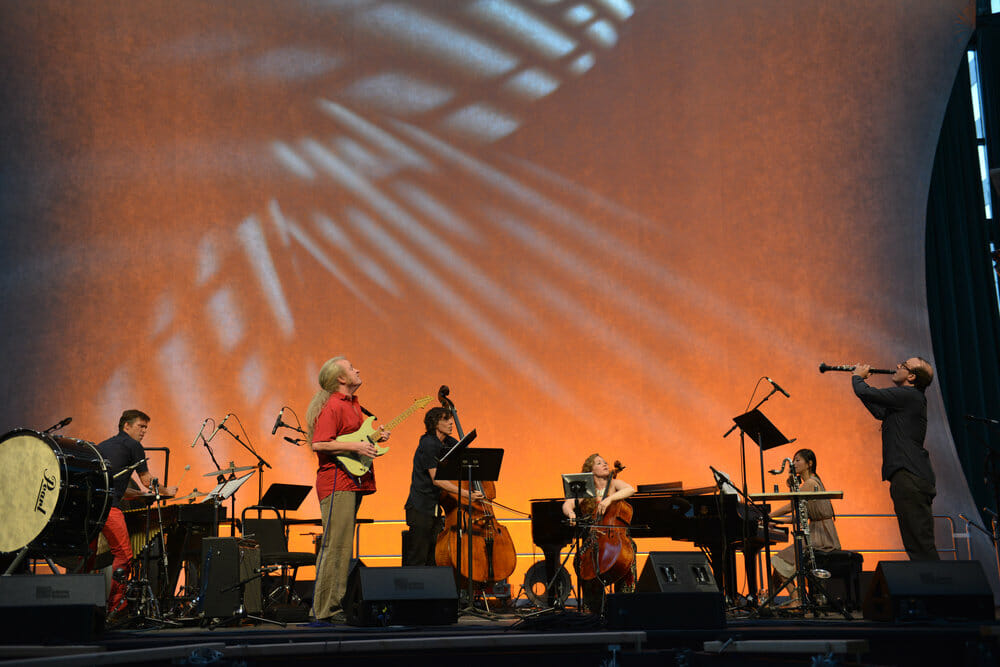 In 1978, Brian Eno released his first album of ambient music, Music for Airports. Consisting of four compositions made by layering tape loops, the album marked the invention of a new musical genre. New York’s Bang on a Can All-Stars pays tribute to this musical milestone with a carefully constructed reproduction of Eno’s album that replaces tape loops with piano, clarinet, bass, guitar, percussion, and voices. The Village Voice says the result is “beautiful, and best enjoyed while lying flat on your back and staring straight up, through the palm trees and the sunroof to the deep night outside . . . as breathy keyboards slowly give way to meandering clarinet.”